He who does not love a good back massage shall cast the first stone. With all seriousness though, we live in an age of intellectual labor which means that a lot of us spend an entire workday sitting on an office chair. That certainly can’t be good for your physique and after a long day of sitting, a good backrub may feel like heaven on Earth. However, if you have kids, your workday probably doesn’t come to an end until your little ones fall asleep. Well, this genius Japanese dad has come up with a great idea of combining playtime for kids and a good ol’ back massage. 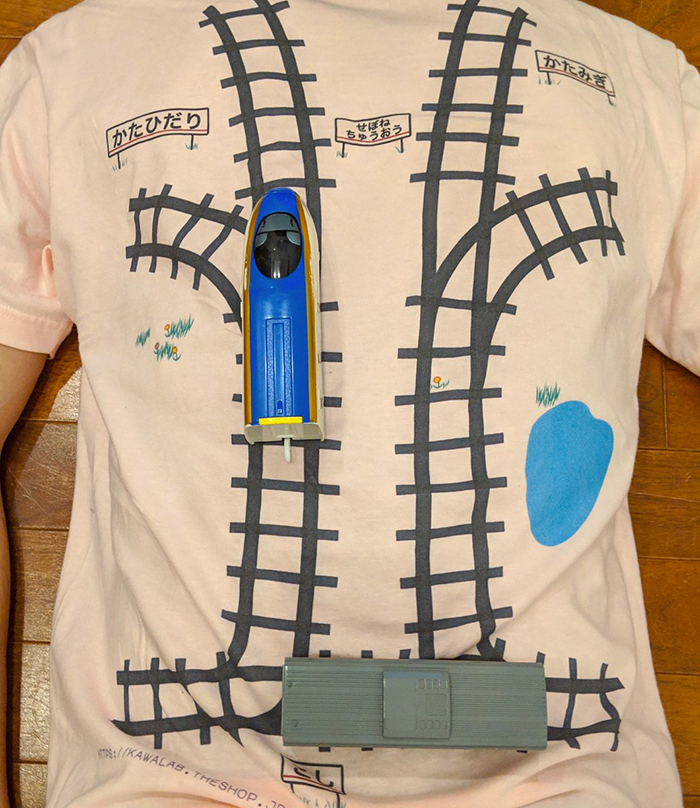 Ken Kawamoto is an inventive man and a software engineer for Google but most importantly – he’s a dad. Recently, the man introduced to the world a brilliant t-shirt that he designed. At first glance, it looks rather simple but it hides a secret purpose to it. Its aim is to make your kids want to give you a back massage and enjoy themselves while doing so. When asked about how he came up with the idea, Ken told Bored Panda: “I often do work on my laptop while lying down on the floor. One time, in an act of boredom, my child started playing with his toy train on my back, which surprisingly felt very refreshing since my back was really strained. I then came up with this idea to get him to run the train along the particularly massage-needy parts of my back.”

The t-shirt has train tracks printed on its back 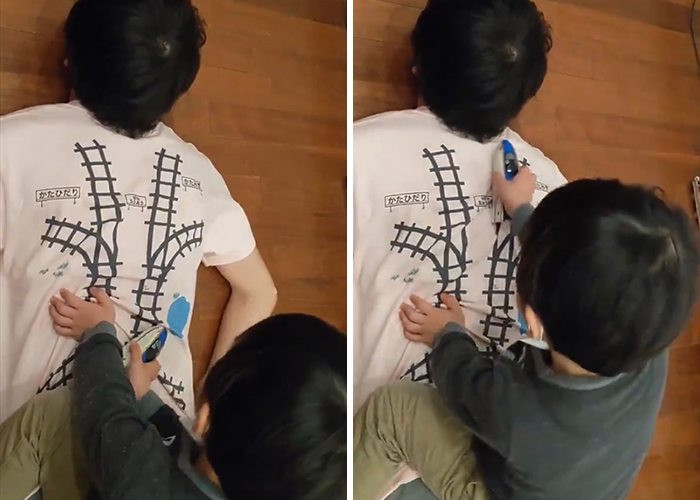 Since Ken’s son is into trains, the father thought that it would only be natural to design a t-shirt with a railroad on it. In order for the little conductor to run the train smoothly, it has specially designed areas named “Right Shoulder,” “Left Shoulder,” “Spine,” and “Lower Back.” This way, the wearer of the t-shirt can easily identify which areas demand more attention or more vigorous driving. “He [the son] seems to enjoy using me as rails (and the added sense of accomplishment from giving me a back massage). He’s always enjoyed using me as a toy,” Ken told Bored Panda.

The demonstration video of the invention “in action” has been watched over 1.23 million times

The t-shirt can be bought in different colors while the design of the train tracks is the same.